Minute Suites provides a “traveler’s retreat” past the security gates at several of the nation’s largest, busiest airports. The company considers itself a wellness-based solution that minimizes the stress and fatigue caused by air travel. Long layovers can be spent napping, relaxing or working in a quiet, temperature-controlled room, rather than in an uncomfortable chair in an airport terminal. After launching its first location at Atlanta’s Hartsfield-Jackson International Airport in 2009, the company has expanded to eight total locations. In addition, they saw an opportunity to provide value-added services to busy travelers. They began selling travel-friendly products, they added enhanced entertainment systems inside the suites, and even offer showers at some of its locations.

They were in need of a new, mobile-responsive website that could provide guests with everything they needed to know about the company and what it has to offer weary travelers. At the same time, it needed to help Minute Suites sell itself to other airports across the nation. We built a clean, simple website where visitors can buy products online and reserve a Minute Suite in their location of choice. Airport representatives can follow their growth on the website and easily reach out to Minute Suites executives.

Minute Suites' growth meant that the website needed to be flexible and easy to manage. Powered by WordPress, minutesuites.com includes online reservations, ecommerce features, and an easy locations finder. 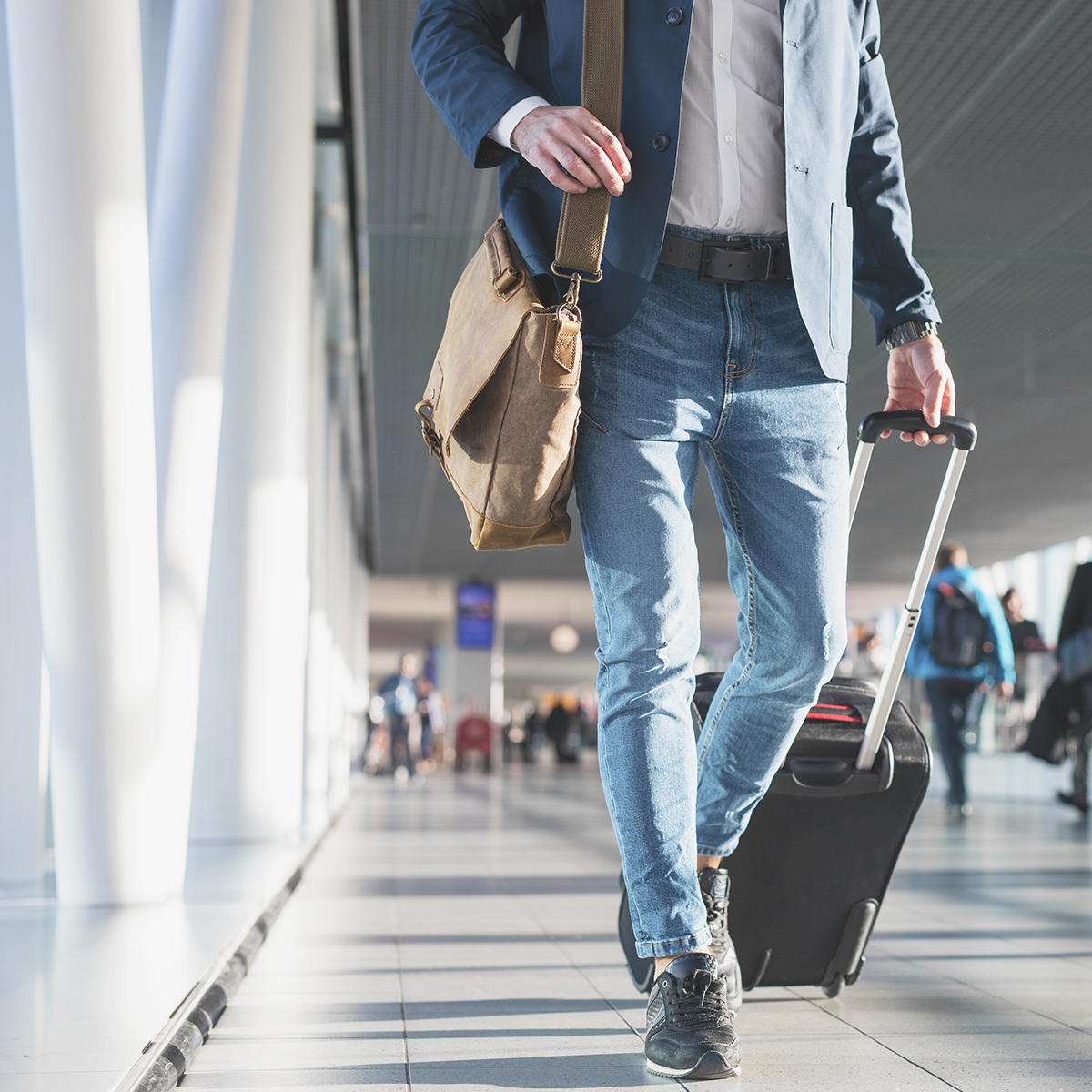 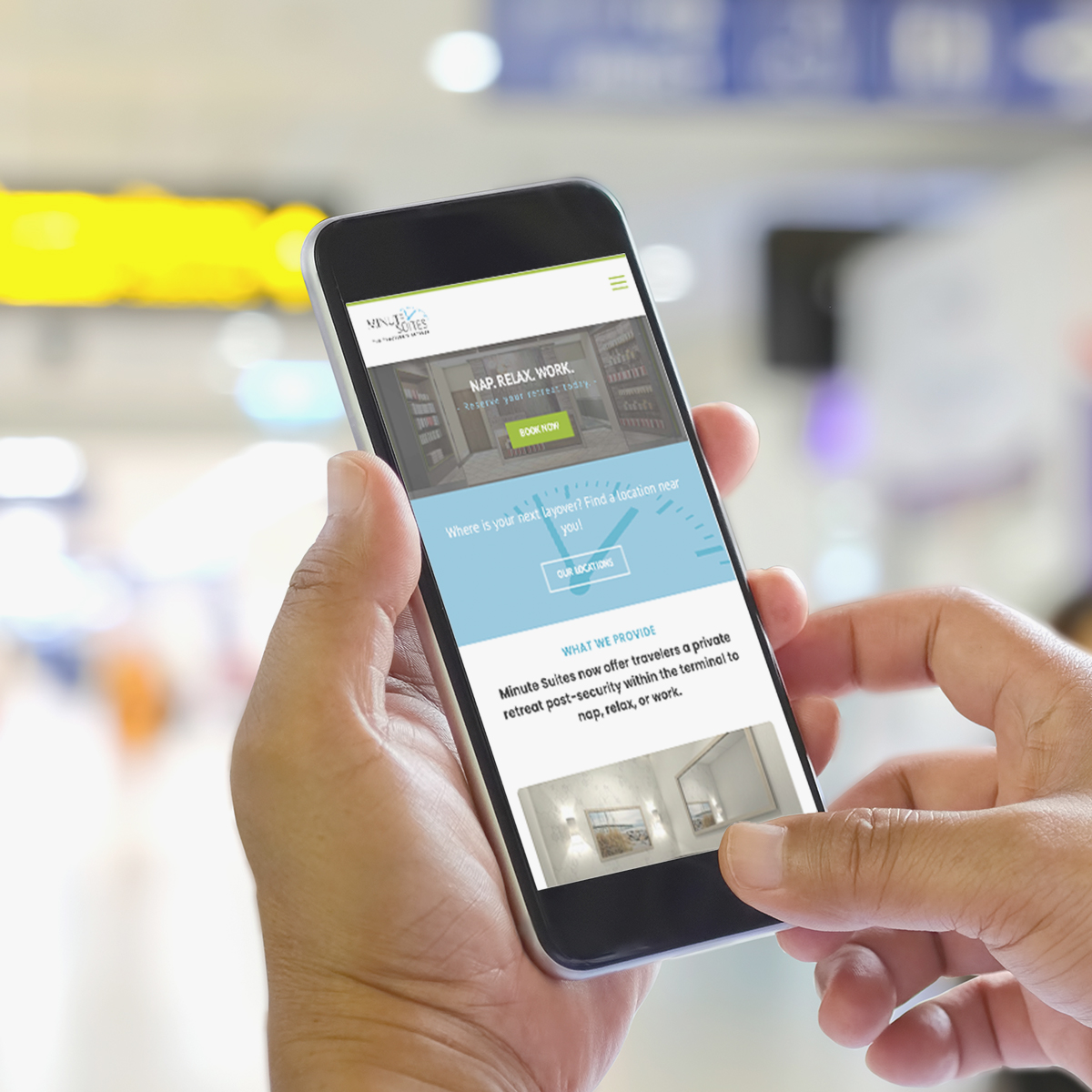 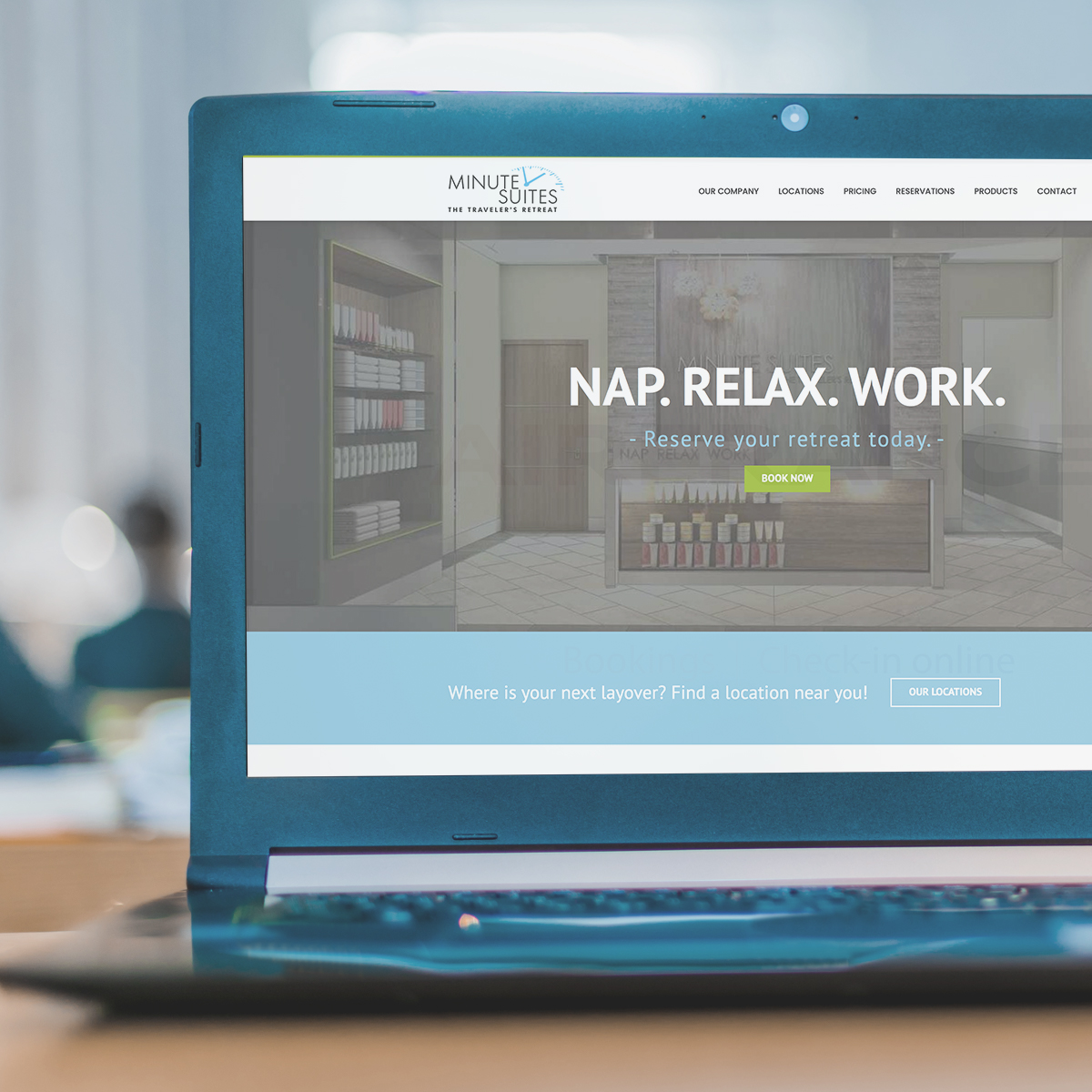 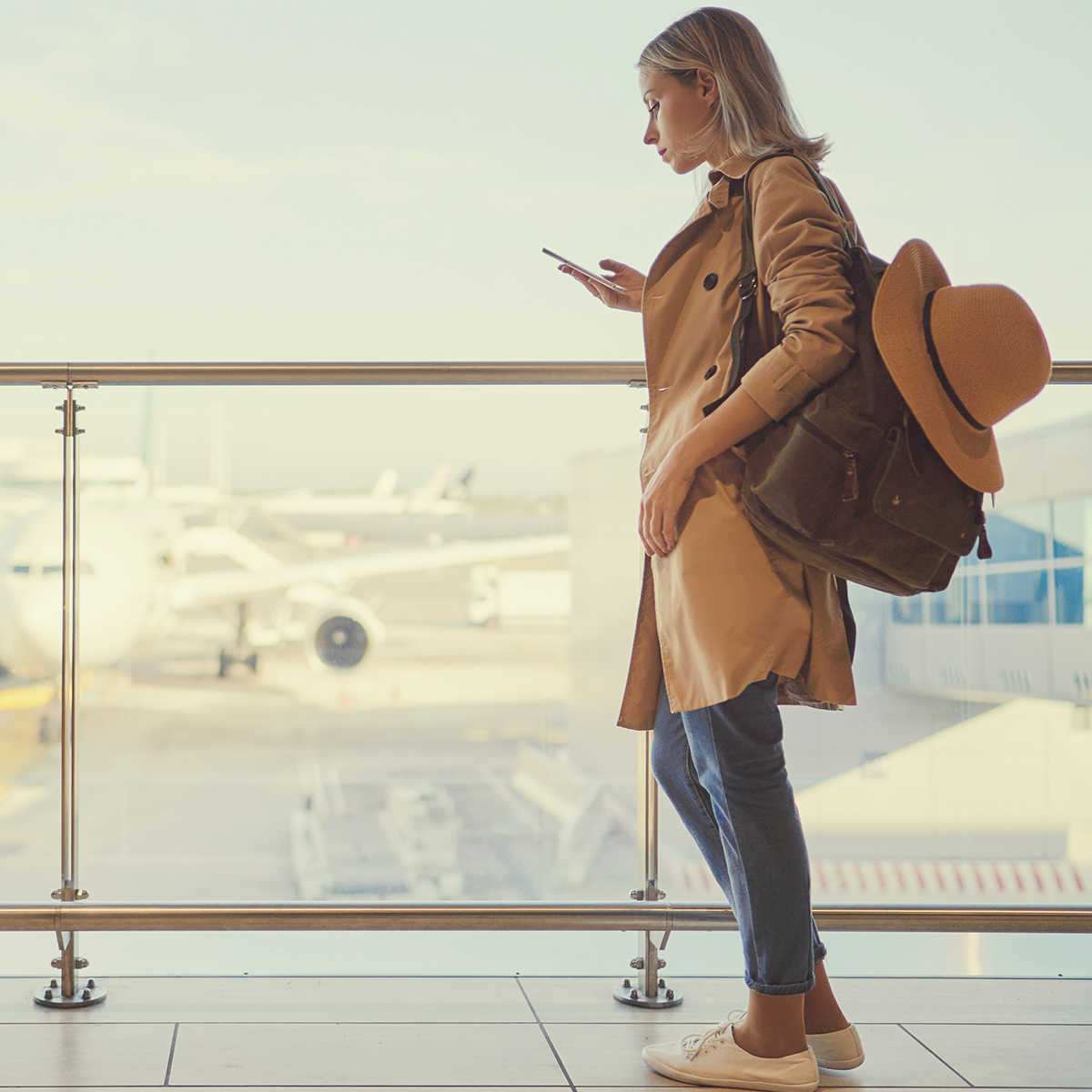